As befits a country with such a rich cultural history, there are some amazing books by Egyptian writers that give an incredible feel for the country…. I read all of these either before I got to Egypt or whilst I was living in Cairo and recommend them wholeheartedly.

Naguib Mahfouz is the father of Egyptian literature and was awarded the Nobel prize for his work. Mahfouz is probably most famous for his Cairo Trilogy, comprising of Palace Walk, Palace of Desire and Sugar Street. All of these books are hugely evocative of Cairo’s hustle and bustle, the intrigues going on within the family and the climate of change that Egypt experienced throughout the 20th century.

Ahdaf Soueif is part of the younger generation of Egyptian writers; she writes in both English and Arabic and did her PhD at Lancaster University in the UK. The Map of Love is a family history ostensibly, intertwining the lives of two different women and their loves.

Amitav Ghosh is another favourite author of mine; he’s not an Egyptian writer but his book In an Antique Land describes his time living in Egypt, including in a very remote village. Like The Map of Love, it is two stories that intertwine and it’s a great historic read.

And lastly, probably my favourite Egyptian discovery – Alaa al-Aswany. A dentist with an apparent skill for writing. There has been a lot of controversy about his books as they have laid bare a number of issues or taboo subjects that focus on elements of daily Egyptian life. Issues such as religious fundamentalism, corruption in state institutions and homosexuality are all discussed, via the colourful lives of his characters. Al-Aswany incorporates elements of traditional Arabic storytelling into his work, such as the multi-layered narrative, but employs them in a very present-day tale.

The Yacoubian Building was the book that made his name and follows the lives of a number of residents of a building in Downtown Cairo. You get a real feel for different aspects of Cairene life, across all the different classes of society, and I could not recommend this any more wholeheartedly.

Chicago was the follow up and is similarly multi-layered, except this time it is more of a study of the lives of Egyptian expats based at a university in Chicago. Like The Yacoubian Building, Chicago follow the intertwined lives of an equally diverse cast of characters, and how their time in the US affects them. Free from some of Egyptian societal constraints, individuals in this story both prosper and suffer. I read this in French as it was published before the English version and I couldn’t wait to get my hands on it! This was a bummer as I ended up buying English copies for people I’d raved about the book to and couldn’t read my version 🙂

I wanted to write a post about great books set in Egypt but then I realized that I had too much to say about this incredible country to fit everything into one post! So I’ll start off with my love for Egypt and my experience of living there, then a separate book post will be winging its way on over soon 🙂 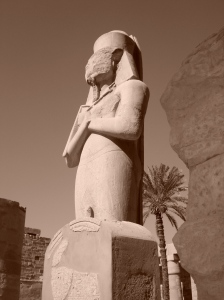 I was lucky enough to live in Cairo for around seven months a couple of years ago and it was a great experience. I was studying Arabic and French for my undergraduate degree and had the great opportunity to spend my entire third year abroad.

I lived in the neighbourhood of Zamalek, an island in the Nile that’s full of beautiful old buildings leftover from the colonial era. I loved living there as it’s very laidback; Downtown and Mohandiseen are both very busy and full of traffic whereas Zamalek has a kind of sleepy feel, with lots of trees lining the streets and tons of coffee shops and shisha (waterpipe) cafés.

The awesome thing about living in Cairo is the wealth of culture there; you have the Pyramids a 30 minute drive from downtown Cairo, all the Islamic history from when Cairo was the capital of the Islamic world and the more modern history. Cairo has a fantastic museum, a huge souk (Khan al-Khalili), lots of beautiful mosques, a famed center of Islamic learning (al-Azhar University) and a beautiful park.

The sign above is from the Khan, the view below is from al-Azhar Park.

If you ever get the chance to go, I wholeheartedly recommend you visit Egypt. When I was there Mubarak was still the man in charge so I don’t know first hand how much the revolution has changed the country, but I would love to go back and see for myself. Mubarak and his family clearly siphoned off a lot of Egyptian resources for themselves; hopefully moving into the future Egypt will end up with a fairer system.