Reiss, US vs UK

So I’ll preface this by saying how much I love living in San Francisco (I’m not hating on the US!). I was thinking about something that had irked me this morning and thought it’d be interesting to compare some of the things I love about life in the US/UK and some of the things that bug me about each place…

Things I love the US better than the UK for…

Despite the fact that tea is my nation’s beverage of choice, I’m really not that big of a fan of black tea. Shocker. I love diner coffee and the abundance of Starbucks over here! I know I’m also supposed to hate those as a European but I’m actually kind of a fan 🙂

Delicious cup of coffee from Tartine.

Eating out in San Francisco is great for the proliferation of affordable restaurants. For less that $10 you can get some amazing food! In the UK things are generally more expensive but I’d say that for eating out it’s particularly noticeable. 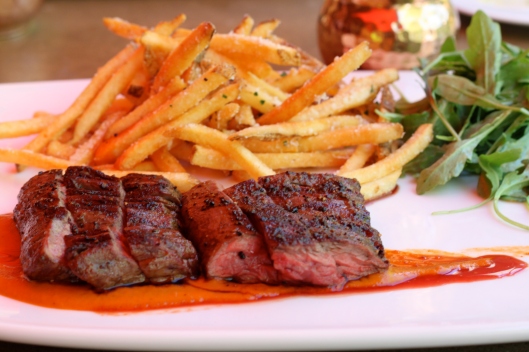 I know some people disagree about this and say it’s on a superficial level but I love how welcoming Americans are. People invite you to loads of places, whereas I feel like in the UK you have to have a connection to someone for them to put themselves out for you (like a mutual friend has introduced you). Loving the American attitude!

Things I like better about the UK than the US…

I didn’t realize until a friend told me this week that the term ‘going postal’ was coined about USPS workers thanks to their high levels of stress and aggression caused by working in such a negative environment. I can believe it. In the UK my little village post office is super efficient, the staff are friendly and you don’t lose the will to live going there. 5 minutes later you’ve taken care of whatever and you’re on your way. Here, you stand in line for aaaages, some grumpy staff member serves you grudgingly and the USPS is taking it’s sweet time to deliver a parcel that’s on the way from the UK for me. Grrr.

DMV ditto. Such an inefficient system, such a horrible way to spend a day. In the UK you can do most stuff online, or you can swing by the post office, and when you turn up for your drivers test you have an allotted appointment that runs to schedule. No hanging around in some ginormous queue all day.

The Camaro from our LA/Palm Desert road trip, that I can drive courtesy of my US license 🙂 Obtained after mental anguish incurred by 2 days at the DMV.

This frustrates the hell out of me driving around California. In the UK, if you take your test in an automatic you’re only licensed to drive an automatic, and the majority of our cars are manual so everyone tends to learn in a manual. I can think of one person out of everyone I know that took the automatic test. Consequently, people spend quite a while learning how to drive (those gears are tricky at first) and our tests are hard. It’s not uncommon for people to fail it multiple times so people really prepare. You have to learn different maneuvers, figure out roundabouts etc. Here you cruise around for 15 minutes and you’re off and away (if I passed here with little preparation and being used to driving on the other side, it can’t be that hard!).

People in the UK have lane discipline on the motorways, pay attention to what’s happening around them and you overtake, not undertake. Peeves me no end when some idiot is sitting in the outside lane here doing 55. Really what is the point?! Move out of my way! Likewise people indicate in the UK and other folks let you merge. Here no-one will move to let you in, and nobody seems to know that those things on their steering wheel are a useful way to communicate their plans to other drivers, before swerving into their lane without checking. I’ll get off my soapbox now! 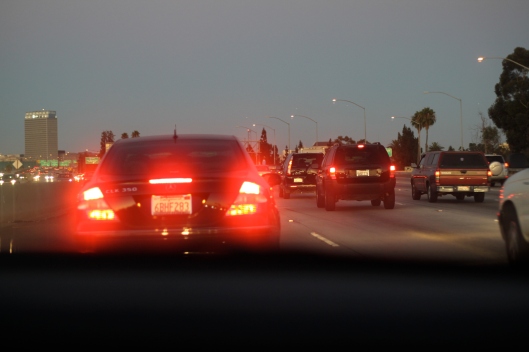 I love some aspects of the casual way of life in the US – chilled out restaurants, lack of airs and graces, but sometimes I think there can be such a thing as too casual. Probably my European cultural baggage coming out but I don’t think pajamas are to be worn when you’re not in bed. Not to class, not to the store, or anywhere else! I also miss how easy it is to find slightly dressier, fashionable tops etc. on the UK high street. I love a lot of the American labels but I find it really easy to find smart tops in the UK that you can wear with jeans on a night out, and they’re reasonably priced. Here it seems like you have to spend a bit more for tailoring or fancier-looking pieces. I miss my beloved Reiss!

This top is gorgeous and it’s name is the Kiara (my name but spelt differently!).

Does anyone else have things they appreciate, or that wind them up about their own country in comparison to somewhere else that you’ve lived/are living in?